Give American Horror Story a Chance!

(Writers note: My MacBook is getting all fixed up and pretty this week, so while it is not in my possession, I will have to spare my two loyal readers any terribly (AWESOME) photoshopped takes on the show in question.  Better luck next time.) 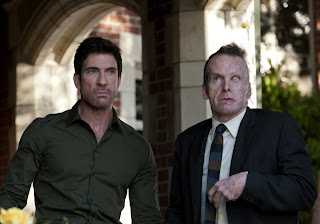